Shine like stars in the universe as we hold out the Word of life (Phil. 2:15)

We're not trying to be rock stars but just shed some light on a sad and lonely world. Stay tuned for how God works through weak and tired, sometimes really cranky vessels.

I found old posts that I never published on vacation because the internet was sketchy.  Here they are...


Michael and I have been enjoying this vacation so much because for the first time in 8 years we both are sleeping in.  We let the girls watch shows in the morning and eat granola bars and the boys roll out of bed at some point before we do and join them.  Maybe I should feel bad about this lack of parenting but I don't.  It's been amazing!

So once we get our lazy butts out of bed we slowly get ready for the day.  Feed the kids lunch and we're off on adventures.  We generally get back to the condo by dinnertime and then just hang out here until bed.  It's been so relaxing.

Today we went to Fort Frederica and the kids became Jr. Rangers.  They were insanely excited and are taking their new roles seriously.  They even have badges to show for it.

The Fort was really beautiful.  Michael and the boys learned a lot about the history of it while the girls and I took in the lovely surroundings.  While we were all near the water we spotted some dolphins swimming near the bay.  A dolphin sighting was one of my goals for the week- check! 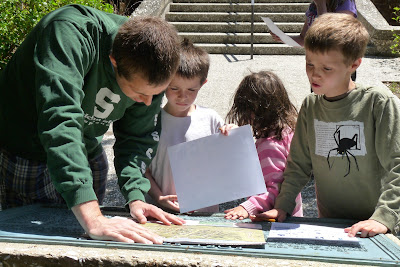 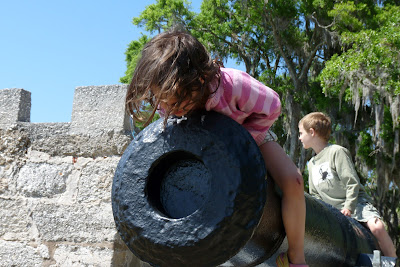 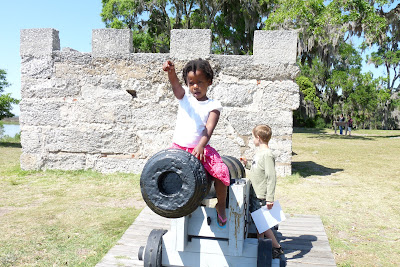 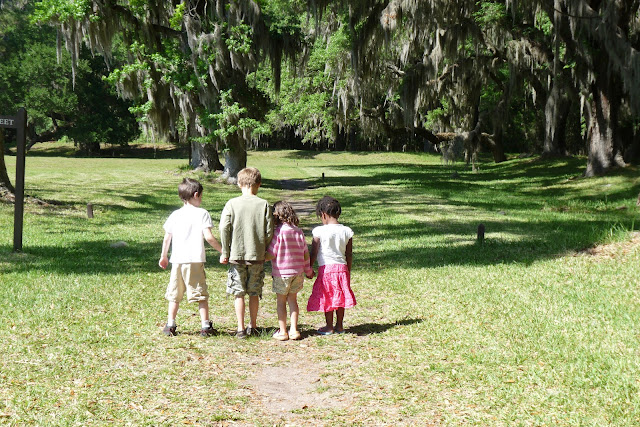 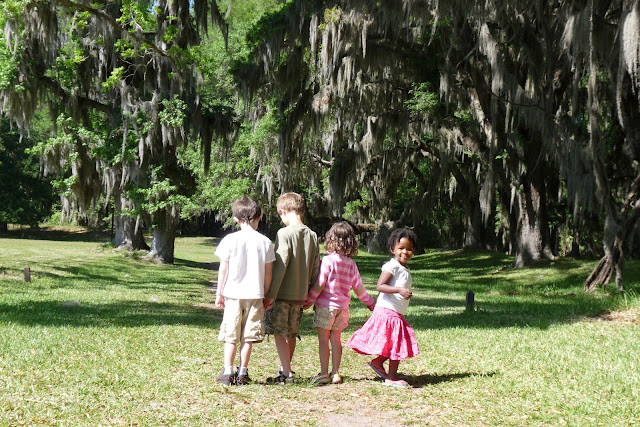 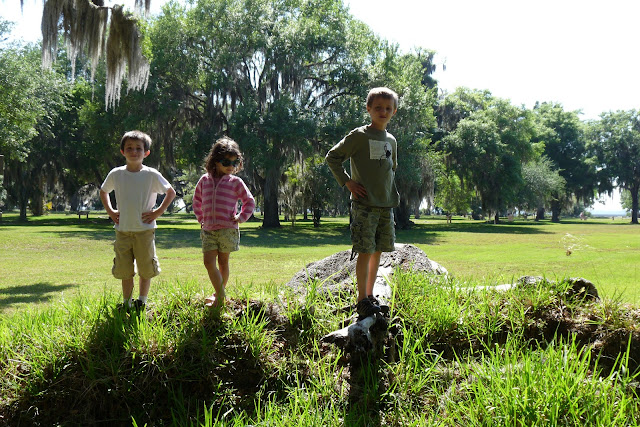 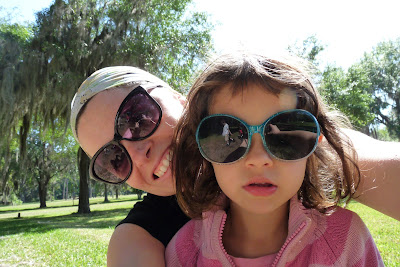 Michael, Lauren, Caleb, Nathan, Adeline and Melia -- Our life is as crazy as you'd imagine with 4 kids 6 years old and under. We love Jesus and want to share him with those around us. 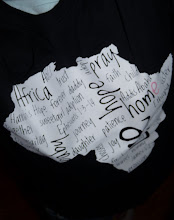 Books- I love to read.... I just can't remember what I've read

The time in Ethiopia